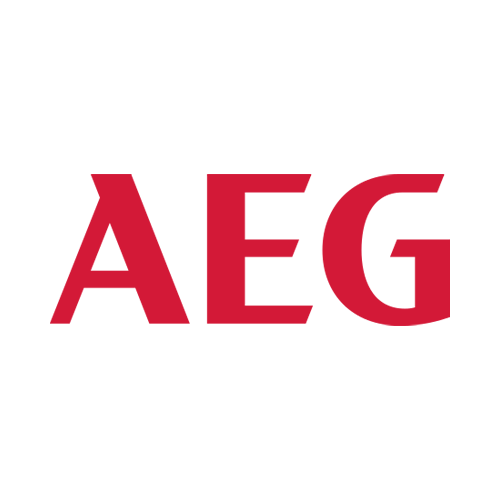 Allgemeine Elektricitäts-Gesellschaft AG (AEG; German for 'General electricity company') was a German producer of electrical equipment founded in Berlin as the Deutsche Edison-Gesellschaft für angewandte Elektricität in 1883 by Emil Rathenau. After World War II, its headquarters moved to Frankfurt am Main.

After acquiring the AEG household subsidiary AEG Hausgeräte GmbH in 1994, Electrolux obtained the rights to the AEG brand name in 2005, which it now uses on some of its products. The AEG name is also licensed to various brand partners under the Electrolux Global Brand Licensing program.

In 1883, Emil Rathenau founded Deutsche Edison-Gesellschaft für angewandte Elektricität in Berlin. In 1888 it was renamed Allgemeine Elektricitäts-Gesellschaft. Initially producing electrical equipment (such as light bulbs, motors and generators), the company soon became involved in AC electric transmission systems. In 1907, Peter Behrens was appointed as artistic consultant to AEG. This led to the creation of the company's initial corporate identity, with products and advertising sharing common design features.

The company expanded in the first half of the 20th century, and it is credited with a number of firsts and inventions in electrical engineering. During the same period, it entered the automobile and airplane markets. Electrical equipment for railways was produced during this time, beginning a long history of supplying the German railways with electrical equipment. According to the 1930 Encyclopedia Britannica: "Prior to 1923 it was the largest electrical manufacturing concern in Germany and one of the most important industrial undertakings in the world."

After WWII, the company lost its businesses in the eastern part of Germany. After a merger in 1967, the company was renamed Allgemeine Elektricitäts-Gesellschaft AEG-Telefunken (from 1979 on only AEG-Telefunken). The company experienced financial difficulties during the 1970s, resulting in the sale of some assets. In 1983, the consumer electronics division Telefunken Fernseh und Rundfunk GmbH was sold. In 1985, the company re-took the name AEG and the remainder of the company was acquired by Daimler-Benz; the parts that remained were primarily related to electric power distribution and electric motor technology. Under Daimler-Benz ownership, the former AEG companies eventually became part of the newly named Adtranz in 1995, and the AEG name was no longer used. Electrolux, which had already acquired the household subsidiary AEG Hausgeräte GmbH in 1994, now own the rights to use and license the AEG brand.

Some frequently asked questions about AEG: