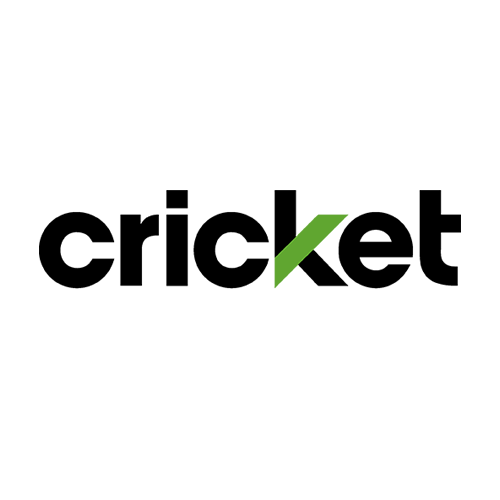 Cricket's first market was Chattanooga, Tennessee, in 1999 and through much of its early growth became known as a network focused on small, rural markets.

In September 2008, Cricket and MetroPCS entered into a ten-year roaming agreement covering both companies' existing and future markets. The companies also entered into a spectrum exchange agreement covering licenses in certain markets. In November 2008, they launched "Premium Extended Coverage", a roaming partnership with 14 wireless companies. In August 2010, Cricket and Sprint signed a five-year wholesale agreement (MVNO) which allowed Cricket to utilize Sprint's nationwide 3G EVDO network in the United States.

In late 2010 at CES 2011, Cricket unveiled Muve Music, the carriers own music streaming service alongside the $199 Samsung Suede SCH-r710 which was the first phone to support Muve Music and included a 4GB SD Card to store music on.  Muve Music was initially included in its own $55 plan but was later expanded to all plans as a $5 add-on before being included in all plans free-of-charge. The music service was deemed by Cricket as a major success and credited with helping drive up at least 100,000 new subscribers in the course of a few months. Muve Music originally required an SD Card with a capacity of at least 4GBs to download music, the ability to do so without an SD Card was introduced in version 4.0 of Muve Music but required an internal storage capacity of at least 4GBs. Muve Music 4.0 was officially unveiled on the Samsung Galaxy S III, Samsung Galaxy S4 and Samsung Galaxy Discover while the Samsung Galaxy Admire would ship with version 3.5 but was upgradeable to version 4.0. At its peak, the service was the biggest music streaming service in regards to paying customers with a customer base of 2.3 million users and was hinted in making appearances in international markets such as in Brazil.  The fate of the service was put in doubt after the acquisition of Crickets parent company, Leap Wireless, by AT&T and was rumored to be merged with AT&Ts own Beats Music service or possibly left as-is. AT&T expressed a lack of interest in maintaining the service and discontinued it in May 2014. AT&T made Muve Music inaccessible to any new phone purchased after the merger but allowed legacy handsets bought before the merger to access the service.  The service was acquired by Deezer for $100 million and formally shut down on February 7, 2015. Deezer offered all Cricket customers a discounted $6 plan which was made available on January 31, 2015.  Cricket offers a variety of phones including most of the latest iPhone and Android models.

In July 2013, AT&T agreed to buy Cricket Wireless' parent for $1.2 billion. The FCC approved the acquisition between AT&T and Leap Wireless in March 2014. In doing so, AT&T merged its own Aio Wireless prepaid brand into Cricket to form the "New Cricket". Cricket Wireless began a gradual shutdown of its CDMA network in March 2015 before a total shutdown in September 2015 and moved all users over to AT&Ts GSM network. All users were required to buy new devices in order to be able to maintain connectivity to the new Cricket network. Cricket Wireless, alongside AT&T, shut down its 2G networks on December 31, 2016. Customers with legacy handsets were also required to upgrade their devices to use on newer networks.

Some frequently asked questions about Cricket: