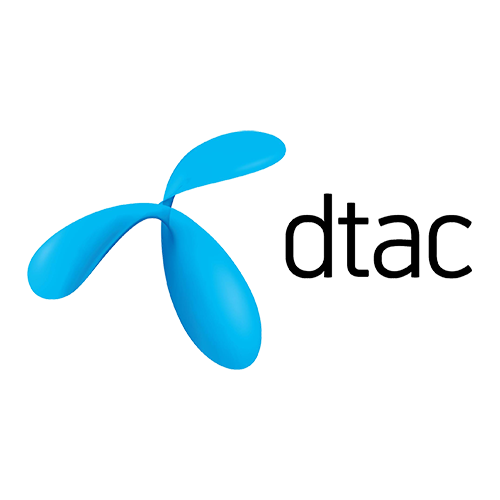 Total Access Communication Public Company Limited, commonly known as DTAC, is the third-largest GSM mobile phone provider in Thailand after AIS and True. DTAC is owned by Telenor both directly and indirectly, and both companies share the same logo. As of 31 December 2011, DTAC had 23.2 million subscribers with a market share of subscribers at around 30 percent. As of 2019, the company has 20.642 million mobile subscriptions and 3904 employees. It is listed on the Singapore Exchange and the Stock Exchange of Thailand.

As of 2013 DTAC is offering both EDGE and 3G services on its postpaid and prepaid brands DTAC Happy. Unlimited Internet access stands at a price of 999 baht per month or 49 baht per day (numerous cheaper hourly packages are available, and, in 2010, traffic-based packages were also introduced, obviously due to the increasing popularity of smartphones). DTAC has international roaming agreements with 147 countries.

4G LTE service is available as of 2014 on the 2100 MHz band, and the enhanced 4G LTE service on the 1800 MHz and 2100 MHz bands (Not Carrier Aggregation) has been available in the major areas of Bangkok since October 2015 and had extended their coverage level to the major areas of the country since March 2016, and claims to have their 4G LTE coverage nationwide within the end of 2016. DTAC claims to have their 4G LTE network 3 times faster than before.

In February 2020, the company announced plans to launch first home-based ultra-high-speed broadband service by June on the 26-gigahertz range it secured in the 5G spectrum licence auction.

Some frequently asked questions about DTAC: