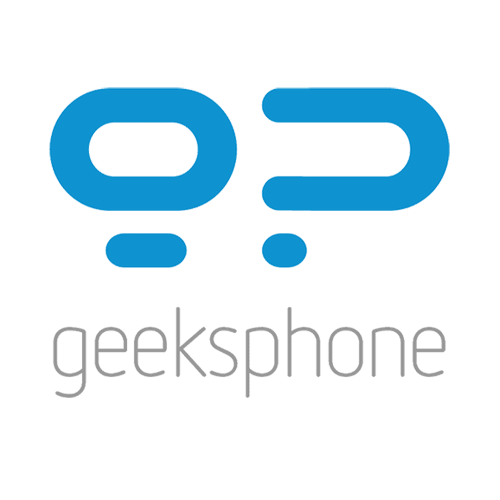 GeeksPhone was a Spanish smartphone company founded in 2009. GeeksPhone's most notable products are open Android phones and developer devices of Firefox OS.

GeeksPhone was founded in early 2009 by Javier Agüera and Rodrigo Silva-Ramos. Its first product, the GeeksPhone One, was announced in 2009 and started shipping in early 2010, becoming the first European brand to launch an Android smartphone to the mass market.

It subsequently manufactured the Keon and Peak smartphone models, the first developer preview devices running Firefox OS. A consumer model, the Peak+ was announced later. It was thought to be a refinement of the Peak model, geared towards a non-developer audience, but problems concerning the availability of batteries from the Chinese ODM led to the discontinuation of the project without a single unit being marketed.

On November 2013 the company announced a new model of smartphone called Revolution. It was thought to be a high-end model, but it was then revealed to be a slight improvement from the Peak+ model.

The customers who already preordered and paid for the unreleased Peak+ model were offered to get a Revolution phone for the same price, but many cancelled their order when they knew more detailed specifics of the Revolution.

The company announced in January 2014 a new model of smartphone called Blackphone. Designed with the founders of Silent Circle and PGP in the wake of the 2013 mass surveillance revelations, the Android-based device is said to be "the first NSA-proof" smartphone. It was produced by SGP Technologies, a joint venture of Geeksphone and the software firm Silent Circle.

In early 2015, Geeksphone sold its part of SGP Technologies to Silent Circle to focus on wearables sold under the brand Geeksme. 14 engineers from Geeksphone, including Javier Agüera, remained in SGP.

Some frequently asked questions about GeeksPhone: