A layout for text keyboards that's designed to be more compact that traditional QWERTY, to fit onto smaller devices. A 20-key layout puts letters in the same basic arrangement as QWERTY, but has two letters per key. 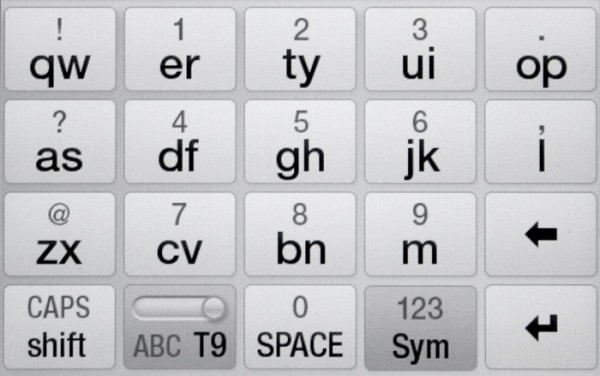 Predictive text software is almost always employed to allow users to only press each key once, intelligently guessing which letter the user intended to type.

A 20-key layout is narrower than full QWERTY, allowing it to be used one-handed, and allowing it to fit at the bottom of a device held vertically (portrait orientation.)