A specific band of radio frequencies (spectrum) intended to be used for 3G and 4G wireless phone and broadband services. Most of the spectrum is used for 3G and 4G mobile phone service, using technologies such as WCDMA/HSPA, CDMA, and LTE. 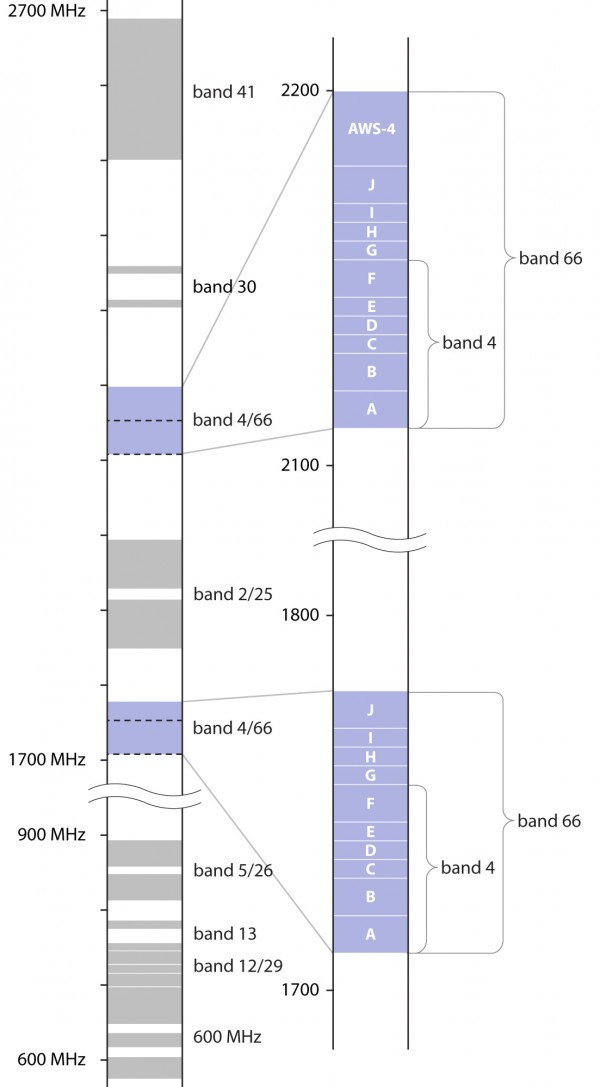 AWS is sub-divided into smaller "blocks" that are owned by different companies. The spectrum is also divided regionally, so one AWS license covers one block, for one geographic area of the country. The initial set of licenses (AWS-1) for six blocks (A-F) was auctioned off by the FCC to private companies in August 2006.

AWS - like most bands used for cell phones - is actually a set of paired bands, meaning it consists of two bands: one for mobile terminals (phones) to transmit to base stations (towers) and another band for towers to transmit back to phones. Those two bands are 1710-1755 MHz and 2110-2155 MHz, respectively (for AWS-1).

Additional auctions later on created AWS-3 and AWS-4. AWS-3 added four new paired blocks (G-J). AWS-4 is one large unpaired block that can be used in conjunction with other blocks (or even bands) to boost downlink (download) speeds.