A technology that uses an array of smaller antennas acting as one, that can "aim" the sent signal — or reception sensitivity — in a specific spatial direction without physically moving the antenna. To achieve this, the timing of signals are staggered across the antennas in the array. Each individual antenna transmits/receives the same relatively weak signal in all directions, but where all of the individual signals converge, a full-strength signal is present, extending in one specific direction from the array. Adjusting the timing changes the direction of the signal. 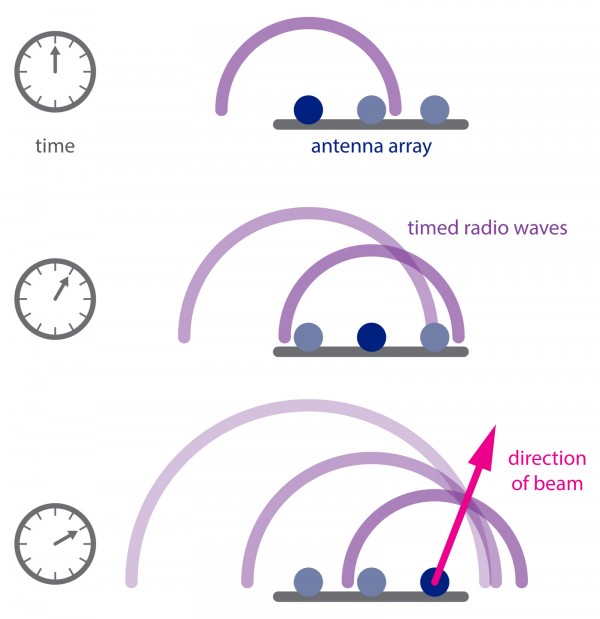 Beamforming can improve both the capacity and range of a wireless network.

Beamforming antenna arrays can be used on both ends of a cellular connection: phone and "towers". On the tower side, antennas capable of full beamforming are generally larger than traditional antennas, and can operate at a variety of frequencies.

Inside phones, beamforming antennas can actually be much smaller than traditional antennas, but are only used in the very highest frequency bands, known as millimeter wave (mmWave), used with 5G technology.