A cable and connector specification designed primarily for cables that connect computers to external displays. It is a relatively flexible standard that supports high-resolution monitors with advanced features. It can also carry audio and USB signals over the same cable. DisplayPort replaced older standards such as DVI and VGA. 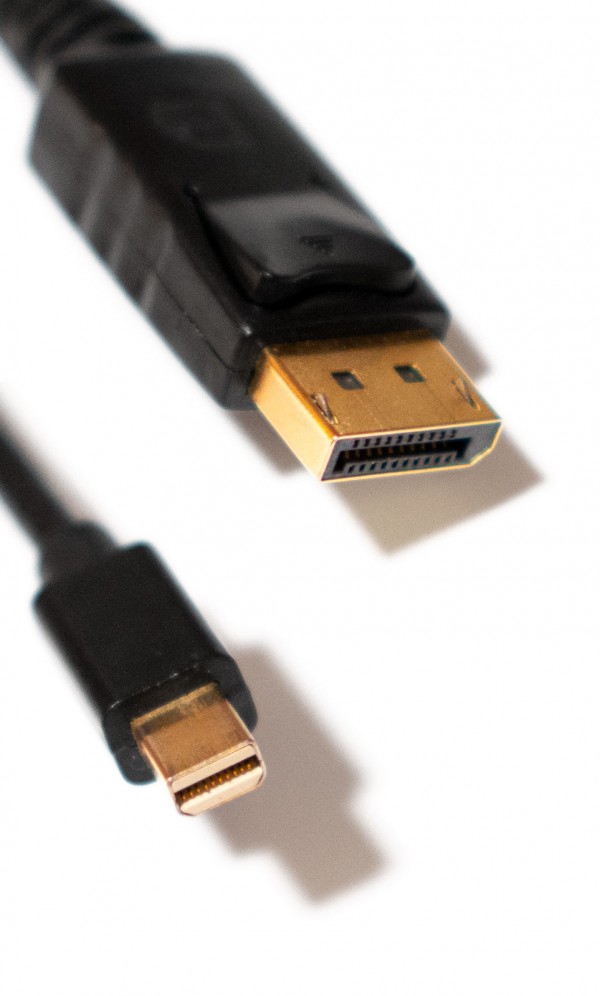 There is a standard, full-size DisplayPort connector, as well as a smaller "Mini DisplayPort" connector that is common on laptops from Apple and others. The connector for Mini DisplayPort is the same as that for Thunderbolt (a very high-speed local data connection), and the two technologies can operate simultaneously over the same cable.

Both sizes of the DisplayPort connector are too large to include in a phone. However, some high-end phones can output video signals to an external display using the DisplayPort specification, via the phone's USB-C connector. This uses a special feature of USB-C called Alternate Mode, which allows USB-C to carry signals for other specifications.