The form factor of a mobile phone is its size, shape, and style, as well as the layout and position of its major components. 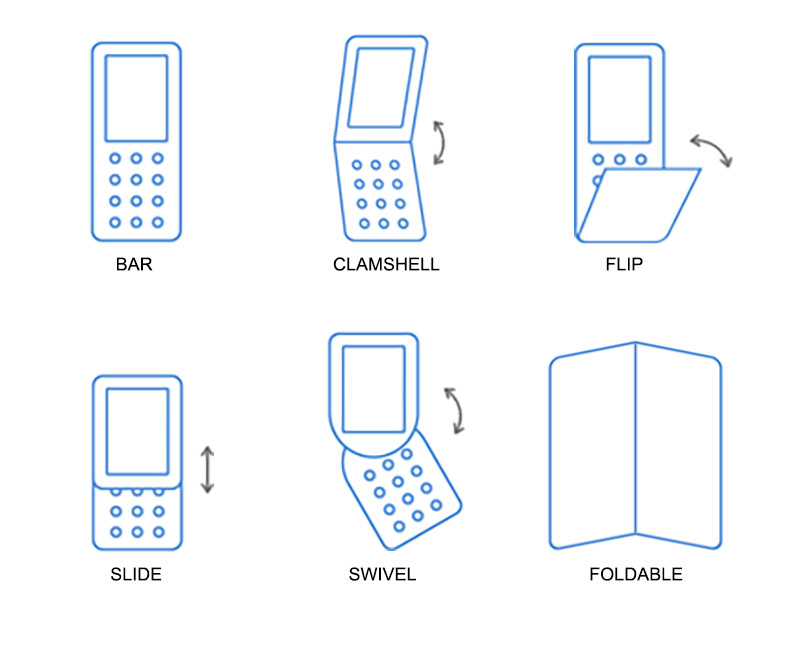 Mobile phones come in several different physical styles (form factors). While manufacturers are continually coming up with new types of designs, there are several common categories used on this site to describe form factors: