The Global System for Mobile Communications (GSM) is a standard developed by the European Telecommunications Standards Institute (ETSI) to describe the protocols for second-generation (2G) digital cellular networks used by mobile devices such as mobile phones and tablets. It was first deployed in Finland in December 1991. By the mid-2010s, it became a global standard for mobile communications achieving over 90% market share, and operating in over 193 countries and territories.

GSM uses a variation of time division multiple access (TDMA) and is the most widely used of the three digital wireless telephony technologies: TDMA, GSM and code-division multiple access (CDMA). GSM digitizes and compresses data, then sends it down a channel with two other streams of user data, each in its own time slot. It operates at either the 900 megahertz (MHz) or 1,800 MHz frequency band. 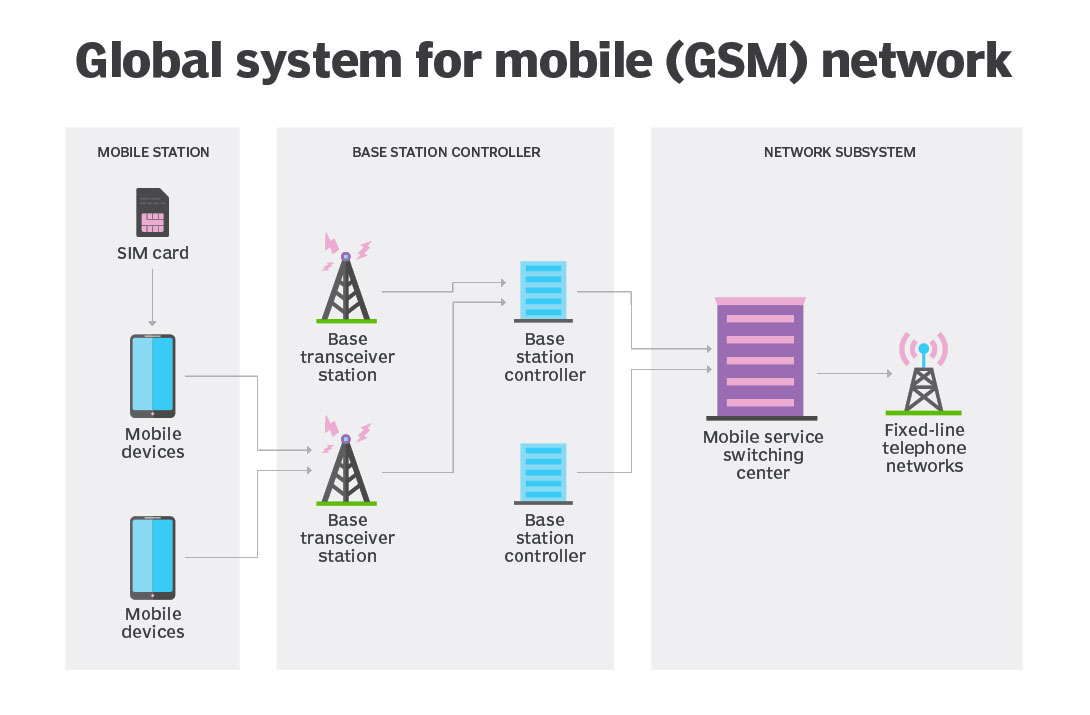