1. A technique for producing images that have good detail in both bright areas and dark areas of a scene with high contrast. 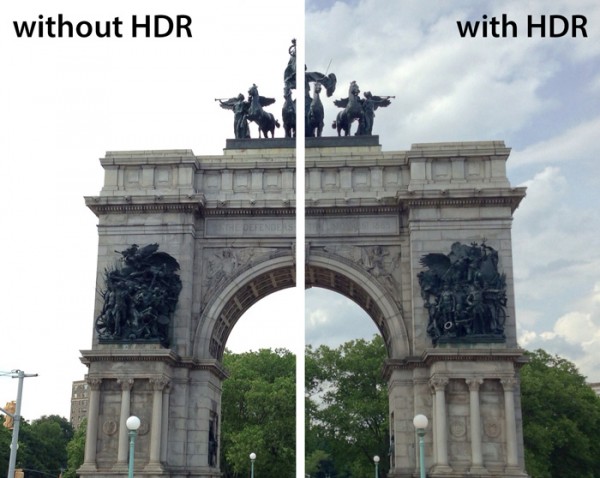 HDR typically works by taking 2-3 photos rapidly at different exposures (one over-exposed and one under-exposed) and then digitally combining them to merge the best of both into one image.

Some phones can also apply this technique to video.

2. A video format that defines at least a billion distinct colors, for greater contrast and detail, usually noticeable in the darkest and lightest parts of a scene.