A pager (also known as a beeper or bleeper) is a wireless telecommunications device that receives and displays alphanumeric or voice messages. One-way pagers can only receive messages, while response pagers and two-way pagers can also acknowledge, reply to, and originate messages using an internal transmitter. 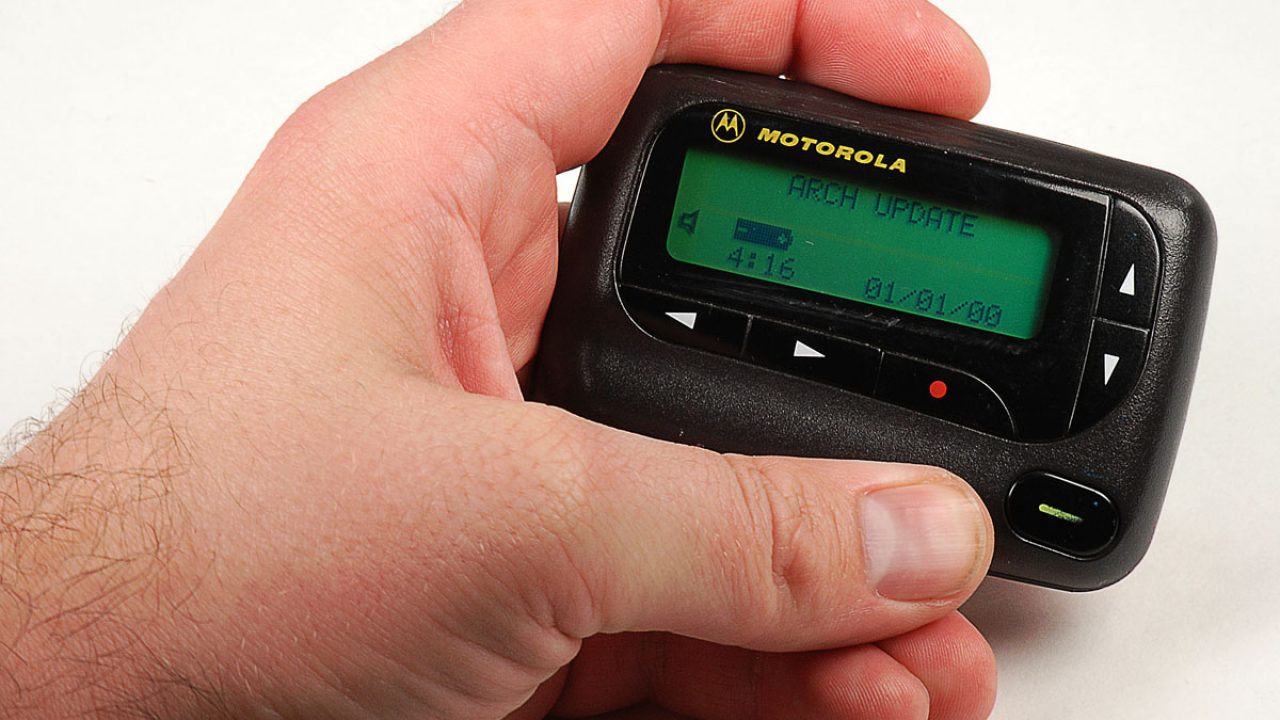 Pagers operate as part of a paging system which includes one or more fixed transmitters (or in the case of response pagers and two-way pagers, one or more base stations), as well as a number of pagers carried by mobile users. These systems can range from a restaurant system with a single low-power transmitter, to a nationwide system with thousands of high-power base stations.

Pagers were developed in the 1950s and 1960s, and became widely used by the 1980s. In the 21st century, the widespread availability of cellphones and smartphones has greatly diminished the pager industry. Nevertheless, pagers continue to be used by some emergency services and public safety personnel, because modern pager systems' coverage overlap, combined with use of satellite communications, can make paging systems more reliable than terrestrial-based cellular networks in some cases, including during natural and man-made disasters. This resilience has led public safety agencies to adopt pagers over cellular and other commercial services for critical messaging.