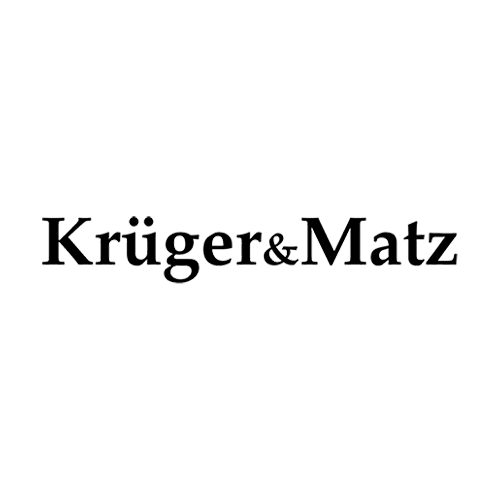 Krüger & Matz - a Polish brand owned by Lechpol Electronics, specializing in the import of mobile devices and audio equipment.

Krüger & Matz is one of twelve brands created or distributed by Lechpol Electronics, the seat of which is located in Miętne near Garwolin. The creator of Krüger & Matz is Michał Leszek. The name partly refers to the American manufacturer of bass amplifiers and speakers.

The Krüger & Matz brand appeared on the market in 2010. Initially offered equipment segment car audio (speakers, amplifiers and radio car) and home audio (towers, radios with CD, column). Along with the development of mobile technologies, it began to include mobile devices (smartphones, tablets, smart watches and wristbands) in its offer.

Krüger & Matz products were presented at international fairs of the new technologies industry, incl. in Barcelona (Mobile World Congress 2014 and 2015) and Hannover (CeBIT 2014). They are available for sale in many European countries, incl. in Germany, the Netherlands, Belgium, Romania, Bulgaria, the Czech Republic, Slovakia, Ukraine and Hungary. Additionally, in the Netherlands and Romania, the company runs its own service. Krüger & Matz plans to introduce its products to non-European markets: African and South American. In 2013, the Polish brand recorded a 5-fold increase in sales compared to the previous year.

In 2014, Krüger & Matz organized and conducted the It's your life, just take it campaign, directed, among others, by to artists, musicians, athletes, travelers. Thanks to it, ten winners could implement their original ideas. The ambassador of the campaign was the world champion in kick-boxing - Przemysław Saleta, the winner of the Miss Polonia 2011 title - Marcelina Zawadzka and the parachute jumping instructor - Grzegorz "Iwan" Kucharczyk were also involved in the project.