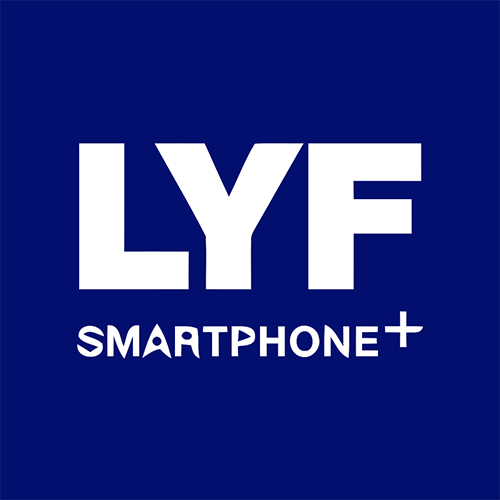 LYF (pronounced "life"), also known as Jio LYF, is an Indian brand of smartphones, laptops, consumer electronics, developed by Jio, headquartered in Mumbai, India. It manufactures 4G-enabled VoLTE smartphones which run on Android. It is a subsidiary of Jio, the telecommunication arm of Reliance Industries. It is operated along with the parent company's flagship venture, Jio. According to Counterpoint Research, in May 2016, LYF became the fifth largest smartphone player and second largest LTE phone supplier in India.

LYF was established in 2015 by the telecom operator, Jio. Marketed closely along with Jio's 4G services, smartphones under the brand were slated to launch in November 2015. In January 2016, it launched its first set of 4G-enabled smartphones named after the four elements: Earth, Flame (Fire), Water, and Wind.

In May 2016, international market tracker Counterpoint Research reported that LYF had become the fifth-largest smartphone producer in the Indian market, capturing a 7% share in the January–March quarter of the financial year 2015-16. It was the second-largest LTE phone supplier after Samsung, surpassing Micromax and Lenovo during the quarter. "In first quarter of its inception, LYF instantly climbed to become one of the top five smartphone brands in India in terms of shipment volumes," Tarun Pathak, senior analyst at Counterpoint said in the report. Reliance Digital had shipped around 1.7 million LYF branded smartphones in the first quarter of 2016.

LYF smartphones are manufactured by Chinese handset maker ZTE Corporation, Intex, as well as ODMs like CK Telecom Limited, Wingtech, and Wiko. As of early 2016, it has been reported that 600 thousand smartphones have been supplied to LYF by ZTE.

LYF phones are directly sold through its retail outlets. In February 2016, LYF tied up with app-based delivery service Grofers and online retailer Amazon to deliver its phones to users.

Some frequently asked questions about LYF: