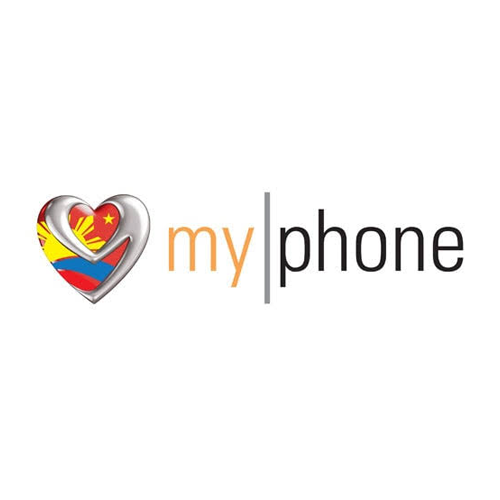 The MyPhone is a Philippine mobile phone brand and multimedia company designed and marketed by MySolid Technologies & Devices Corp. that use Google's Android mobile operating system. The first-generation MyPhone was announced on January 2007. Since then MyPhone has annually released new MyPhone models and updates.

Solid Group Inc., incorporated as United Paracale Mining Co. on October 9, 1993 and renamed to its current name in June 1996, is the company behind the MyPhone brand. Between 2005 and 2006, the "MyPhone" trademark was planned and successfully registered on January 3, 2007. The group owns the brand through MySolid Technologies and Devices Corporation.

In 2010, the father of Solid Group's CEO, David Lim owned a mobile phone manufacturer which makes phones branded as "Amoy Solid". His father tasked his younger brother Jason to help sell the product due to being good in working with electronic gadgets in the Lim family. According to David, the Amoy Solid won't make much sales in the Philippines and remarked that “Just from the way it (the brand) sounds, nobody wanted it,”, He however took note of the phones' dual SIM feature and suggested to rename the brand. Amoy Solid is rebranded as My|Phone.

On January 03, 2007, Solid Group registered the MyPhone trademark with the Intellectual Property Office (IPO). Solid Group originally presented the brand to the market in September 2007. MyPhone was the country's first mobile phone brand to offer dual active SIM functionality. The MyPhone brand developed into a significant part of Solid Group, accounting for approximately half of the company's revenue in 2011.

On May 18, 2016, the company unveiled its line of ISDB-T-capable smartphones and tablets, thus becoming the third local smart device vendor to offer the feature.

On November 7, 2016, MyPhone expanded into mobile app development and digital content, touting itself as "The Multimedia Company". MyPhone has also announced the AGILA lock screen app to be bundled with select smartphone models, allowing local businesses to display advertising on phones similar to Amazon's practice of "special offer" ads embedded on discounted devices.

The mobile phones also include pre-installed applications and features designed by Filipino software developers. MyPhone mobile phones are reportedly manufactured in China in 2011. The most popular application pre-installed in MyPhone mobile phones as of the same year is the Catholic prayer app. They are also dedicated to delivering Filipinos with high-quality phones at affordable costs. This is exemplified well in the phone brand's emblem, which features the Philippine flag encircled within a solid heart. This graphic exemplifies MyPhone's commitment to fostering Filipino pride and affection for the country.

In a study made by International Data Corporation, MyPhone is the third biggest brand in the Philippines in terms of unit shipments in 2014 MyPhone is also distributed in Hong Kong to cater to Overseas Filipino Workers in the Chinese territory.

Some frequently asked questions about MyPhone: