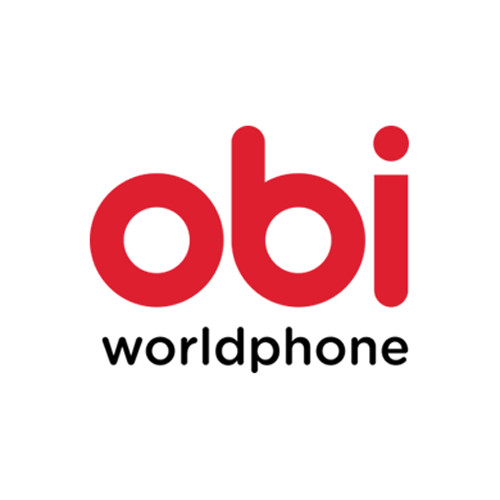 The company was launched as Obi Mobiles in 2014. Sculley saw a gap in the market for well-designed budget handsets and got in contact with former Director of Industrial Design, Robert Brunner (now a co-founder of Ammunition Design Group) who came up with the raised screen design found on all Obi smartphones. Ammunition subsequently designed the chassis and operating system skin the phones run on, "Obi Lifespeed".

Obi Mobiles started operations in India in July 2014. Following an unsuccessful launch, the company withdrew from India at the beginning of 2015 (with plans re-entering at the end of the year) and relaunched the brand as Obi Worldphone shortly after.

The newly branded company launched two of their pioneer low cost smartphones on August 27, 2015. Both models are based upon Android as their operating system. Their third phone, the MV1, was announced in February 2016, and was released to Asian, African, Latin American and European markets in March 2016.

In July 2015, Obi had a 5.7% smartphone market share in the UAE, making it the company's strongest global market.

In September 2017, Sculley distanced himself from Obi and told that his name was used for PR only.

Some frequently asked questions about Obi: