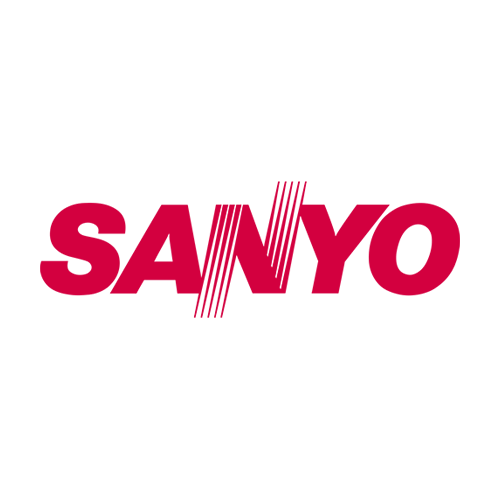 Sanyo Electric Co., Ltd is a Japanese electronics company and formerly a member of the Fortune Global 500 whose headquarters was located in Moriguchi, Osaka prefecture, Japan. Sanyo had over 230 subsidiaries and affiliates, and was founded by Toshio Iue in 1947.

Sanyo was founded when Toshio Iue the brother-in-law of Konosuke Matsushita and also a former Matsushita employee, was lent an unused Matsushita plant in 1947 and used it to make bicycle generator lamps. Sanyo was incorporated in 1949; in 1952 it made Japan's first plastic radio and in 1954 Japan's first pulsator-type washing machine. The company's name means three oceans in Japanese, referring to the founder's ambition to sell their products worldwide, across the Atlantic, Pacific, and Indian oceans.

In 1969 Howard Ladd became the Executive Vice President and COO of Sanyo Corporation. Ladd introduced the Sanyo brand to the United States in 1970. The ambition to sell Sanyo products worldwide was realized in the late 1970s after Sanyo introduced home audio equipment, car stereos and other consumer electronics to the North American market. The company embarked on a heavy television-based advertising campaign.

Ladd was instrumental at Sanyo in promoting Quadraphonic sound audio equipment for the American market, producing 4-channel audio equipment in both SQ and Matrix formats. He said "we make all kinds of quadrasonic equipment because this is the business we're in... let the consumer buy the kind of software he prefers and we'll provide him the hardware to play it on".

Growth in the video sector was slowed by Sanyo's ill-fated decision to adopt Sony's Betamax VCR format instead of Matsushita's VHS. Although initially successful, the Betamax eventually became all but obsolete. Sanyo avoided further damage by later switching to the VHS format.

In 1976 Sanyo expanded their North American presence with the purchase of Whirlpool Corporation's television business, Warwick Electronics, which manufactured televisions for Sears.

In 1986, Sanyo's U.S. affiliate merged with Fisher to become Sanyo Fisher (U.S.A.) Corporation (later renamed Sanyo Fisher Company). The mergers made the entire organization more efficient, but also resulted in the departure of certain key executives, including Ladd, who had first introduced the Sanyo name to the United States in the early 1970s.

In 1982, Sanyo started selling the MBC-1000 series of CP/M computers. In 1983 it introduced the MBC-550 PC, the lowest-cost IBM PC compatible personal computer available at the time, but its lack of full compatibility drove Sanyo from the market and no follow-on models were released.

Some frequently asked questions about Sanyo: