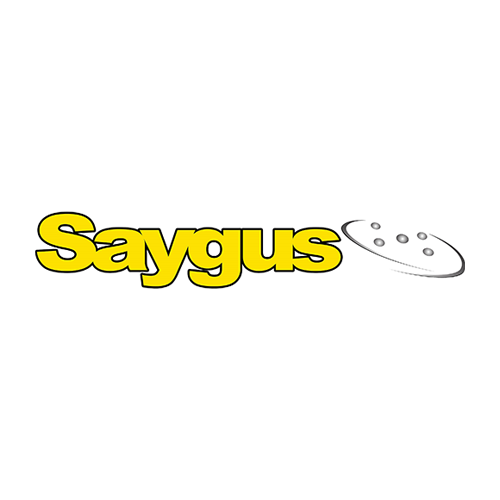 Saygus was an American developer of smartphones headquartered in South Jordan, Utah founded by Chad Sayers.

Saygus purportedly developed two smartphone devices: VPhone and V², neither of which were ever released.

Saygus' VPhone, featuring a 3.5 inch touchscreen and slide-out keyboard, was first revealed in 2009, but did not go to market. The VPhone was presented at the 2010 Consumer Electronics Show, winning the Best of Innovations Award in the Wireless Handsets category.

The second device developed by Saygus was named V² (later referred to as V'- but still called the V Squared). The V² smartphone was announced at CES 2015 and was reported to ship in the first quarter of 2015. The device could be pre-ordered directly from Saygus during January 2015.

In June 2015 a crowdfunding campaign was launched for the Saygus V² with the company citing manufacturing issues in delivering the finished product to pre-order customers. In August 2017 it was reported that no devices had been delivered to customers.

Some frequently asked questions about Saygus: