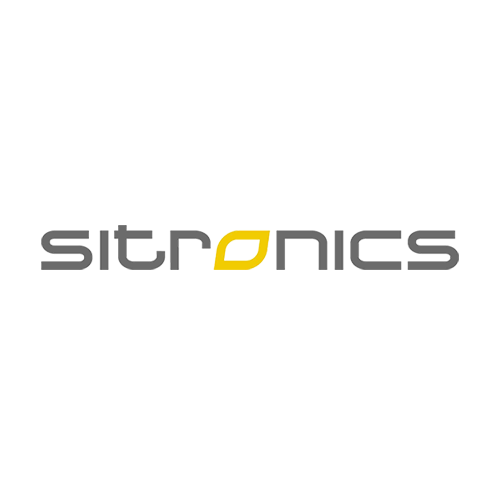 Sitronics (Russian: Ситро́никс) is a microelectronics company based in Moscow, Russia and controlled by Sistema holding, that also manufactures mobile phones. Its main assets are the electronics fabs, research and development facilities NIIME and Mikron in Zelenograd, and other facilities elsewhere in Eastern Europe.

Despite losses in 2007, the company is planning to remain a part of Sistema and to expand its product portfolio, bidding for large telecommunications contracts such as a $1 billion deal to build a network in Saudi Arabia.

Sitronics was founded in 1997 in Zelenograd and was initially named "Scientific Center". The company became a fully vertically integrated company by 2000 and was organized into three business streams: Telecom Solutions, Information Technologies, and Microelectronic Solutions. The first focused on the development and manufacture of software and hardware for fixed and mobile communications operators and corporations in the communications services sector while the second handled consulting, enterprise management systems, system integration, distribution, training, and after-sales services, among others. The third stream specialized in the design, manufacture and sale of microelectronic products such as computer chips and smart cards. Mikron - a division of this third unit - is focused on the development of its RFID labels and is reported in 2013 as Russia's largest producer of this technology, with a capacity of 50 million tags monthly.

In January 2005 its headquarters was moved to Moscow and in November 2005 the company got its current name. It began an aggressive internationalization strategy, which is based on partnerships with regional and global players such as Cisco Systems, STMicroelectronics, Infineon, Giesecke+Devrient, Siemens, Motorola, Oracle, Intel, Sun Microsystems, and Microsoft, among others. On February 7, 2007 the company placed an IPO on the London Stock Exchange. Through a series of acquisitions it has become a leading Russian microelectronics company with revenues exceeding $1 billion in the first 9 months of 2007. The company delisted from the London Stock Exchange in 2012.

Some frequently asked questions about Sitronics: